Both Chris Westfall and his 21 year old son, CJ, will be speaking at the 2016 Medicare Supplement Conference in Kansas City Missouri in April.

CJ, who has had his license for less than one year, will be talking from the stage on what he learned that helped him to write over 300 polices to seniors during his first year.

Topics CJ will Discuss:
What kind of obstacles did he have to overcome?
How did he learn to communicate effectively to seniors 50+ years older than he is?

Chris (Sr.) will be giving an 18 minute talk on the importance of developing social media avenues to generate incoming leads.
Chris' agency only takes incoming calls now, all from free social media platforms that he has studied intensively and he will share some of those discoveries with the conference attendees.

The first day of the conference, Monday April 25, is free.
The rest of the conference (Tuesday and Wednesday) are not free but are packed with information that agents can use.
Chris will be attending the whole conference and will be reporting back to the members of Medicare Agent Training.com.

For information on the 2016 Medicare Supplement Summit in Kansas City, click here.

See the graphics below.. the rules on the underwriting dates in advance of the effective date, are specific to Stonebridge Life's Medicare supplement. The Enrollment starts on the birthday and lasts 30 days, not 30 days on each side.  All that means is you have to take the app on the birthday or 30 days after to be GI.  I am sure Stonebridge will accept apps on either side of the birthday, but no other carriers in CA that I know of will.

See this latest update from the California Dept. of Insurance:
http://www.insurance.ca.gov/0200-industry/0120-notices/upload/NoticeMedigapChanges2010.pdf
{From Stonebridge:} 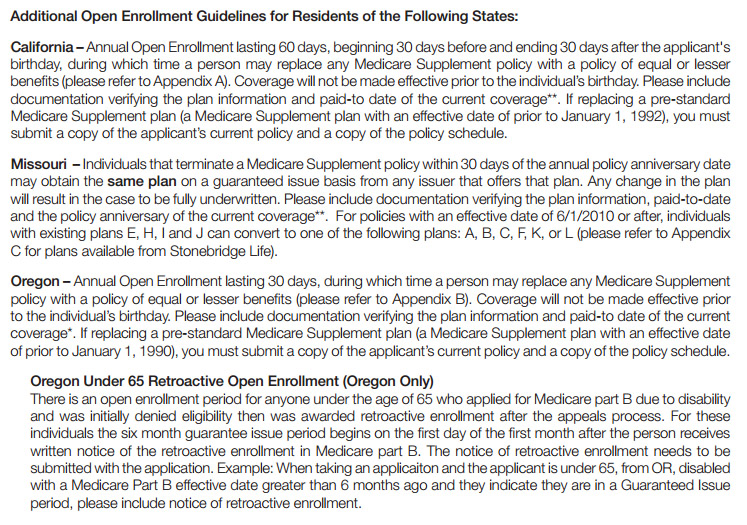 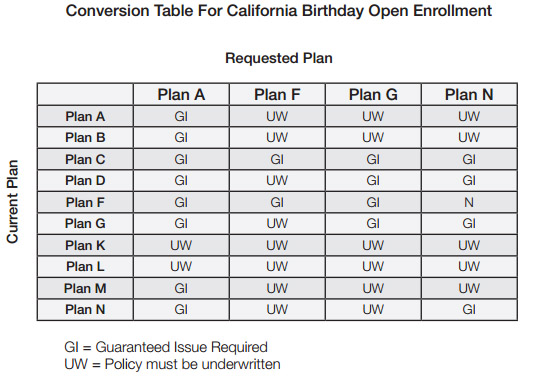