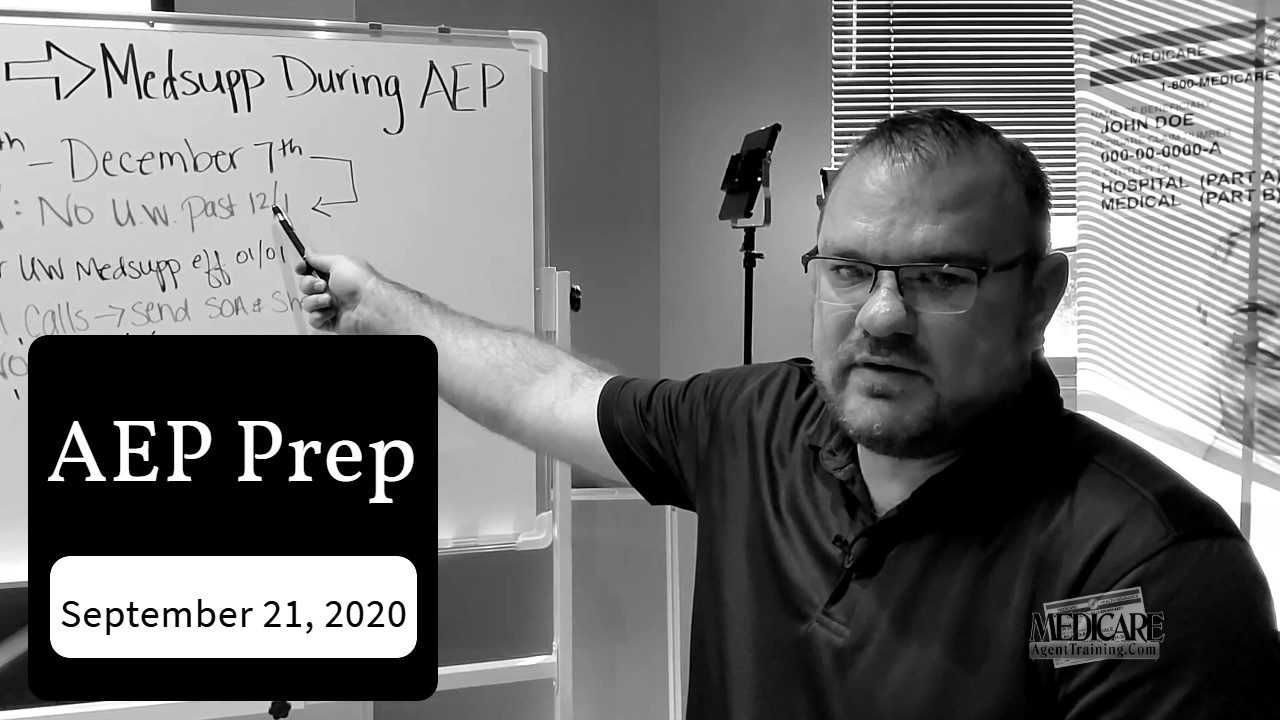 Tips for helping seniors during the Medicare AEP in this Monday Morning Meeting. 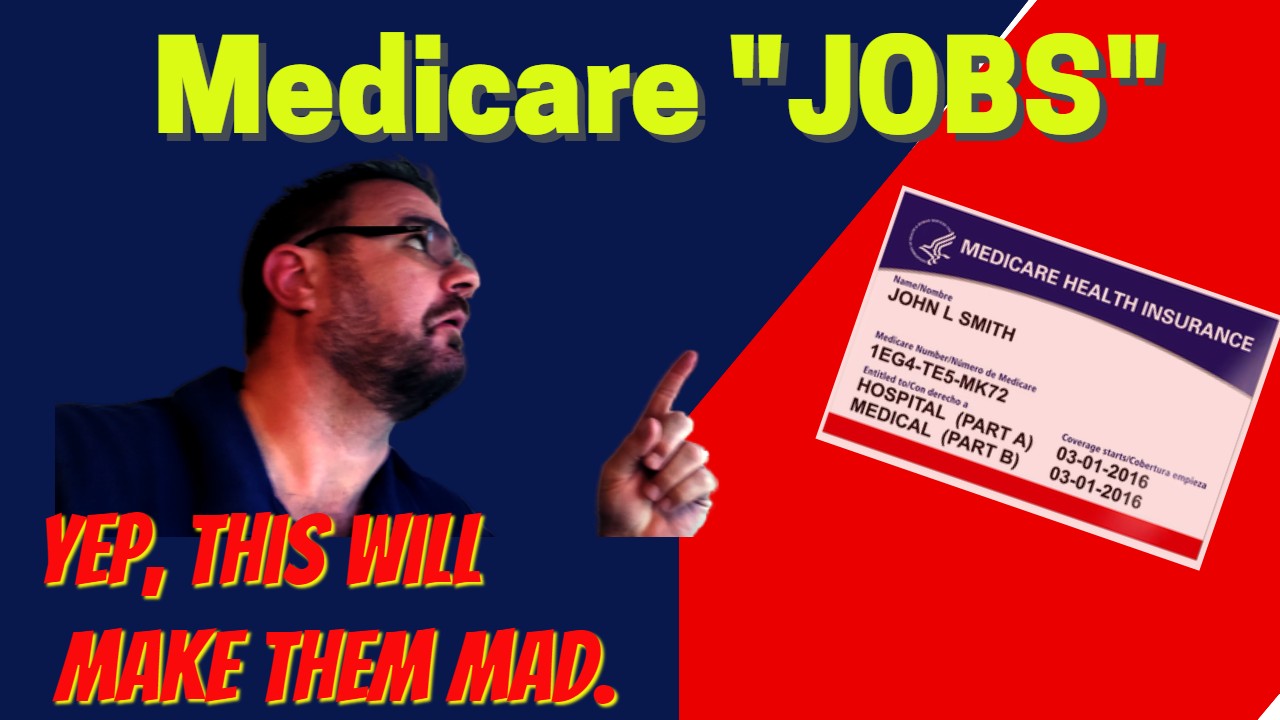 Many new members of Medicare Agent Training are coming from their independent discovery that there is a whole new world of Medicare out there that their agencies never told them about = Medicare Supplement.

Many of these agencies are running ads on Indeed and elsewhere, advertising for “jobs” that are commission-only and have various methods of contacting seniors for the SOLE purpose of selling Medicare Advantage plans.

The override for a new-to-Medicare Advantage client is HUGE, let me tell you (over $600 at FMO level).

Making over $150 to up to $300 per sale (the difference between what the agent will make) is a HUGE incentive to push Medicare Advantage vs. Medicare Supplement.

These new agents are discovering that they have been misled, or at least, left out of the education about the alternative to keeping Original Medicare and using a Supplement plan to fill in the gaps.

Be careful when looking for Medicare sales Jobs on Indeed! 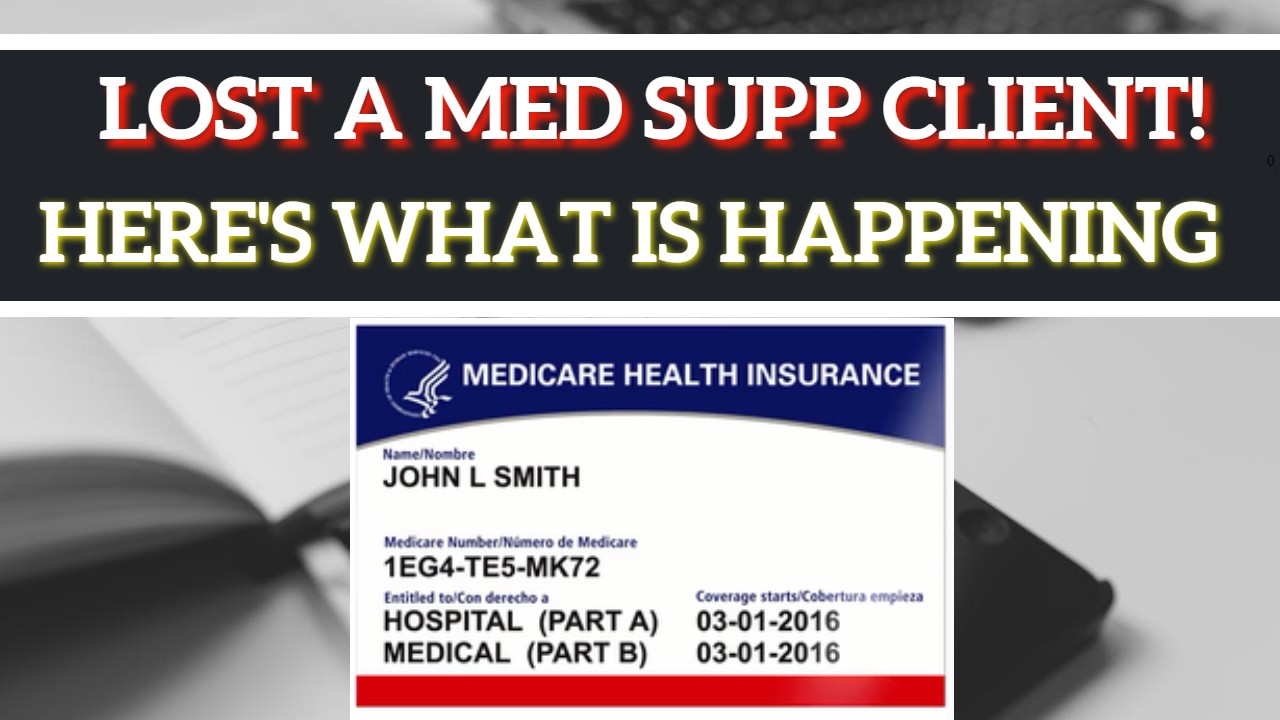 An agent recently wrote in a support ticket that she had just lost a client to an Advantage plan and this happened for June 1st. She went on to say that this plan was not a Five Star Medicare Advantage… 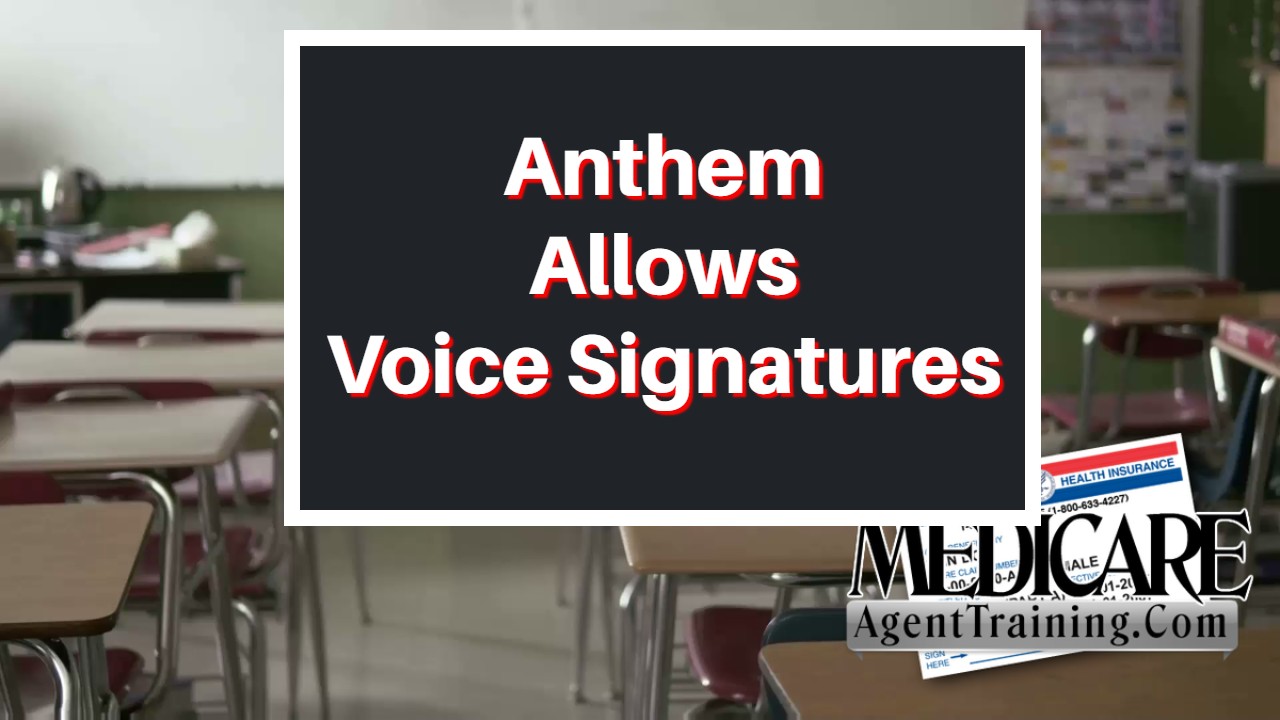 Anthem (who also goes by the names of Empire Blue, Amerigroup and Unicare) has made it possible to use a voice signature for their Medicare Supplement line and Medicare Advantage. Here is their webinar on the topic, aired April 9,… 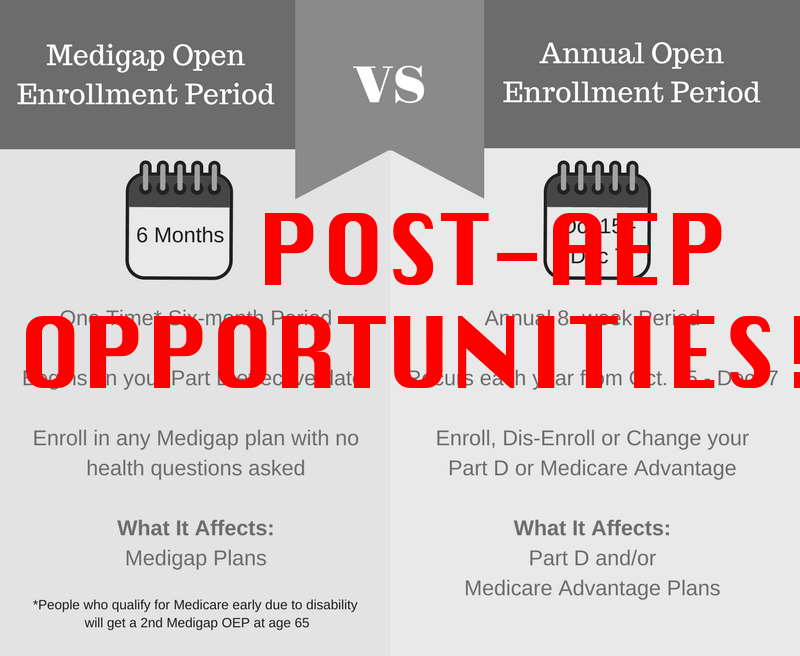 Welcome to the POST-Annual Enrollment Period {See the Video Below!!!} January 1 to March 31, 2020 Now the second fun season begins! We are now heading into what was before called the “Medicare Advantage Disenrollment Period”. This is covered on… 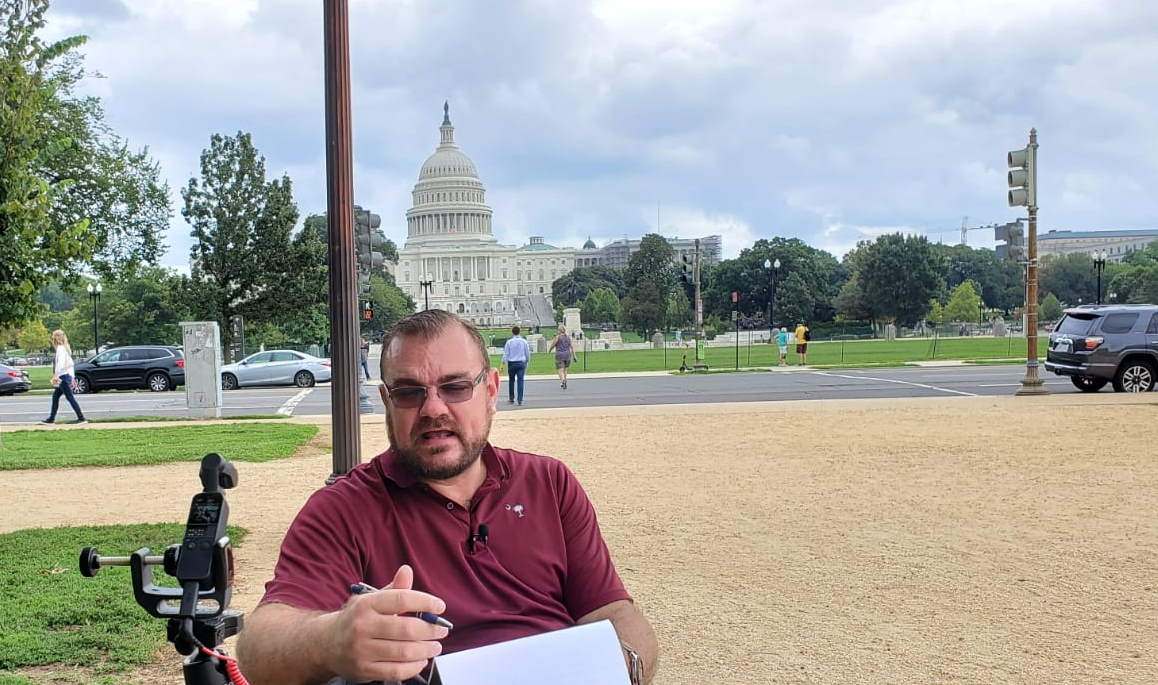 UPDATE:  2019 There is a new period, January 1 through March 31, where a senior can now leave an MAPD (Advantage) plan and return to original Medicare. They could also switch from one MAPD to another MAPD during this period…. 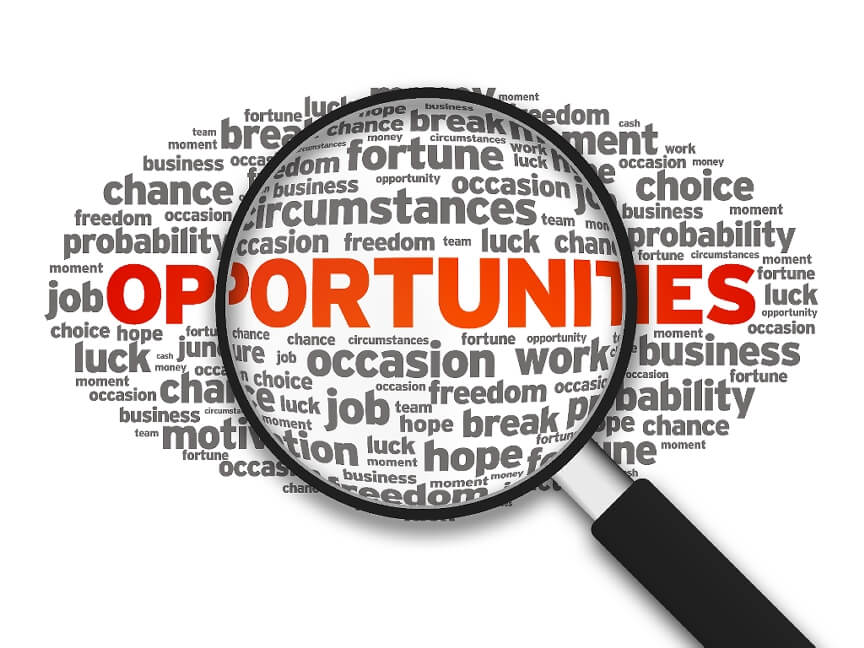 This video covers the importance of covering the gaping holes in Medicare Advantage plans such as the daily hospital costs, cancer costs, and short-term home healthcare. This is a recent webinar from GTL, which has (in our humble opinion) perhaps…

Update from December 8 – December 31st, 2018 See the video below MAPD people can apply now for February 1 effective date for a Medicare Supplement if they still wish to get off of Medicare Advantage. Once approved by the Medicare…

Due to the devastation in California from the wildfires, FEMA has declared the area a disaster area, triggering CMS to initiate a Special Election Period for all affected directly by the fires and those adversely impacted by those they rely…

See the video below.. but the short conclusion: It is established that cold calling seniors as the basis for generating Medicare Advantage sales, using the premise of Medicare Supplement calls, is known as “bait and switch” and is illegal, per…

AT&T retirees are the latest in a long list of large employers to drop seniors from their employee benefits program. See the video: Update: October, 2018 New AT&T FAQ Clearly Explains the Reimbursement for Non-AON Plans See the Document Here. …

Data provided by CMS (Center for Medicare/Medicaid Services) can help you pinpoint where you should focus your marketing efforts. This information helps to find the Medicare Advantage saturation numbers for each county in the U.S. Why? They will tell you,… 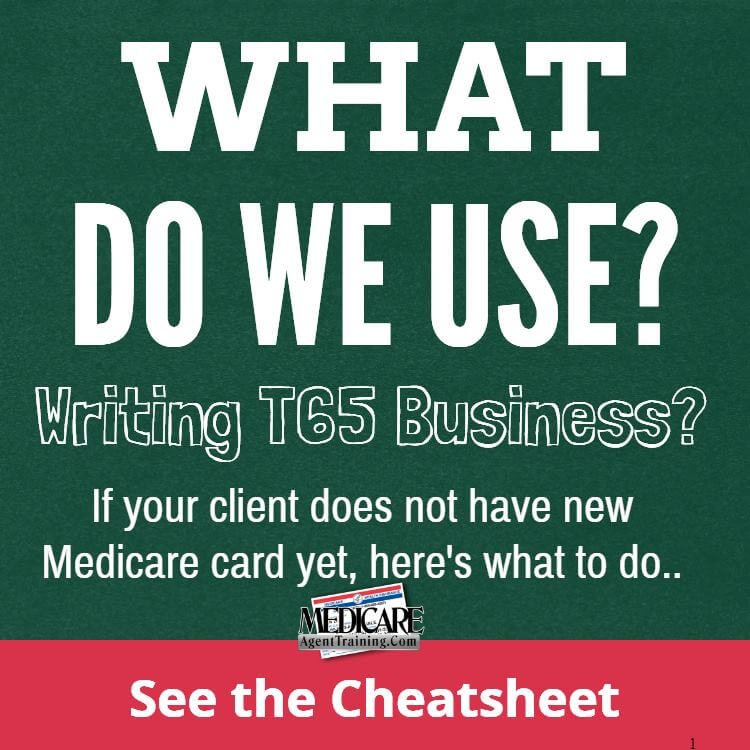 After a meeting in Palm Springs with some top producers, I came away with some good news for those in the Medicare business.
On location in San Diego, here's my update on the industry and what's coming.

Remember, we can write a Medicare Supplement up to 6 months prior to their Part B start date.
Some notable exceptions to these include carriers that do not allow it (see your Agent Guides).
We know these to be Anthem, Humana, and Cigna (90 days).

What do you use when they have no Medicare card yet and you're writing a T65 application? See below!

In the first quarter of the year, starting in 2019, seniors will be able to make ONE change in or out of MAPD or PDP into another one, if they wish. This expands the “disenrollment period”, which has been in existence… 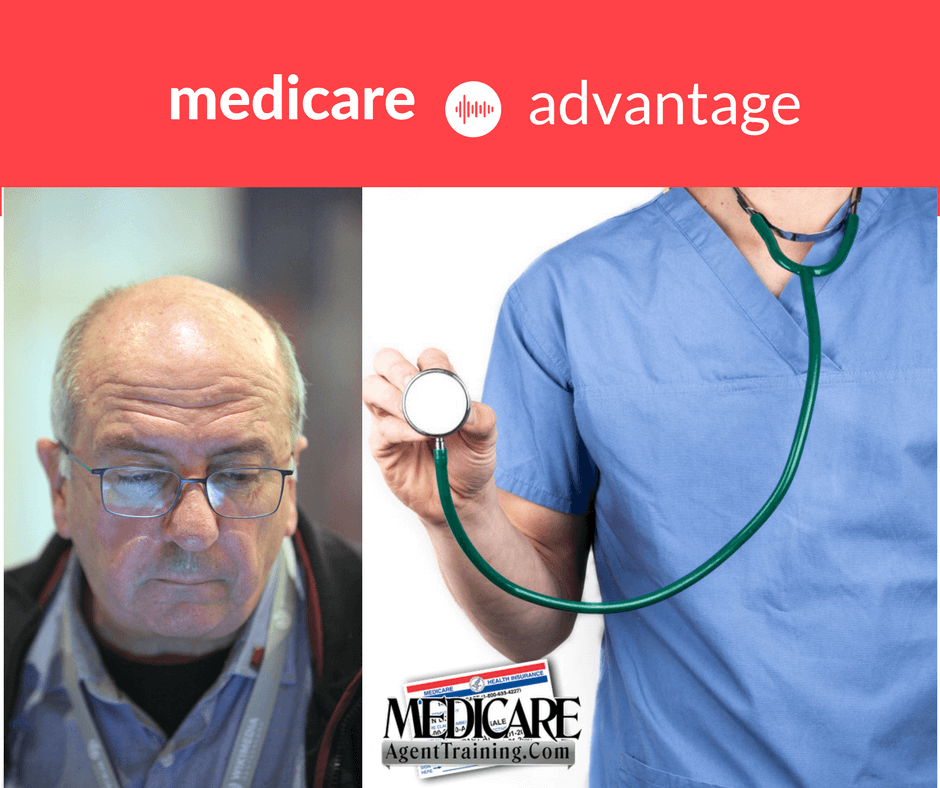 Medicare Advantage organizations (MAOs) continue to do a poor job of maintaining accurate provider directories—and it’s landing some in hot water with the federal government.

When CMS conducted its first review of MAOs’ provider directories, it found that 45% of locations listed were inaccurate. While the report does say that the first and second reviews aren’t directly comparable “due to minor updates to the review methodology,” at the very least, the latest review’s results indicate the problem isn’t getting any better.

CMS also noted that its findings were not skewed by a few organizations but instead were widespread in the sample reviewed, which was about one-third of all MAOs. “Very few organizations performed well in our review,” the agency said.

At a minimum, provider directory errors can make members frustrated with an MAO, the report noted. But they can also cast doubt on the adequacy and validity of the MAO’s network as a whole, and even more seriously, prevent members from accessing services that are critical to their health and well-being.

Based on the results of its reviews, CMS has sent 23 notices of noncompliance, 19 warning letters and 12 warning letters “with a request for a business plan” to Medicare Advantage insurers.

However, the agency emphasized that MAOs themselves “are in the best position to ensure the accuracy of their plan provider directories.” It also said it was encouraged by pilot programs aimed at developing a centralized repository for provider data that would be accessible to multiple stakeholders.

In the near term, CMS added, MAOs should perform their own audits of their directory data and develop better internal processes for members to report errors.

If you are selling in Texas, you are probably familiar with the TRS (Texas Retirement System). It has been getting lots of buzz lately as seniors are fleeing the program and wanting to be on original Medicare with a Medicare…